In the last few days, the AWS Local Zone service launched in Perth.

Articles in the media are claiming this is a significant uplift:

Only problem, this is not a Region (big R) in the AWS vernacular, but a single Availability Zone, attached as an adjunct to the AWS Sydney Region (ap-southeast-2).

Media Statements and press releases are designed to excite the media, but the reality is a little more circumspect. The Local Zone does add local compute (EC2) and block storage (in the form of EBS) within Perth. However, its what many would expect that leads a local zone to be perhaps a little limiting.

First up, the compute is only certain, limited types. The same with the EBS volume types. You may be forced to use more expensive compute and storage, because the cheaper instance sizes or EBS types are not available.

Second, the costs for the Compute and Storage is more expensive than in the full Region, where economies of scale and usage patterns drive down costs. You may see up to a 50% overhead on the same 4xLarge instance type compared to Sydney.

Third, some basics like IPv6 support is not (yet?) supported. That may upset your VPC conventions.

Fourth, you may have wanted close access to managed services, like RDS (databases), or even Workspaces (desktop) and AppStream (application virtualisation). Well, that’s back in the main Region, not in the Local Zone, and at 50ms across Australia, that may be a bit too far, which means you’re back to the stone age of running databases on Instances yourself.

Fifth, being a single AZ, you wont get any multi-AZ resilience that you’re comfortable with an a full Region.

Sixth: the Local zone’s operation is tied to the designated Region: issues in ap-southeast-2 (Sydney) may impact management (control plane) or availability (data plane) of that AZ. Your CloudFormation has to execute in Sydney to stand up a stack.

In essence, a Local Zone needs to be looked at from the Well-Architected Framework perspective, and utilised accordingly.

Once you have reconciled those issues, there is the bright side: compute in cloud, managed in a uniform way, without having to deploy an Outpost and have a datacentre for the Outpost to run in.

Many organisations do want Cloud services locally, and for some high volume, low latency, idempotent, loosely coupled, edge processing, this may be perfect.

An AWS Local Zone is also a small stepping stone to perhaps being a full Region one day, as was seen in Osaka, Japan. It just takes demand to validate the point.

Its 10 years since AWS opened first its point of presence (CloudFront, Route53) in Australia, and then the Sydney Region. We’re on the cusp of a second Local zone up in Brisbane, and a second Australian Region – yes, a full Region – in Melbourne.

It’s the new Region that suddenly opens up Multi-region application architecture, which, for public sector in particular, has not been permissible for data jurisdiction purposes (even if that is just a desire and not a mandated legal requirement). 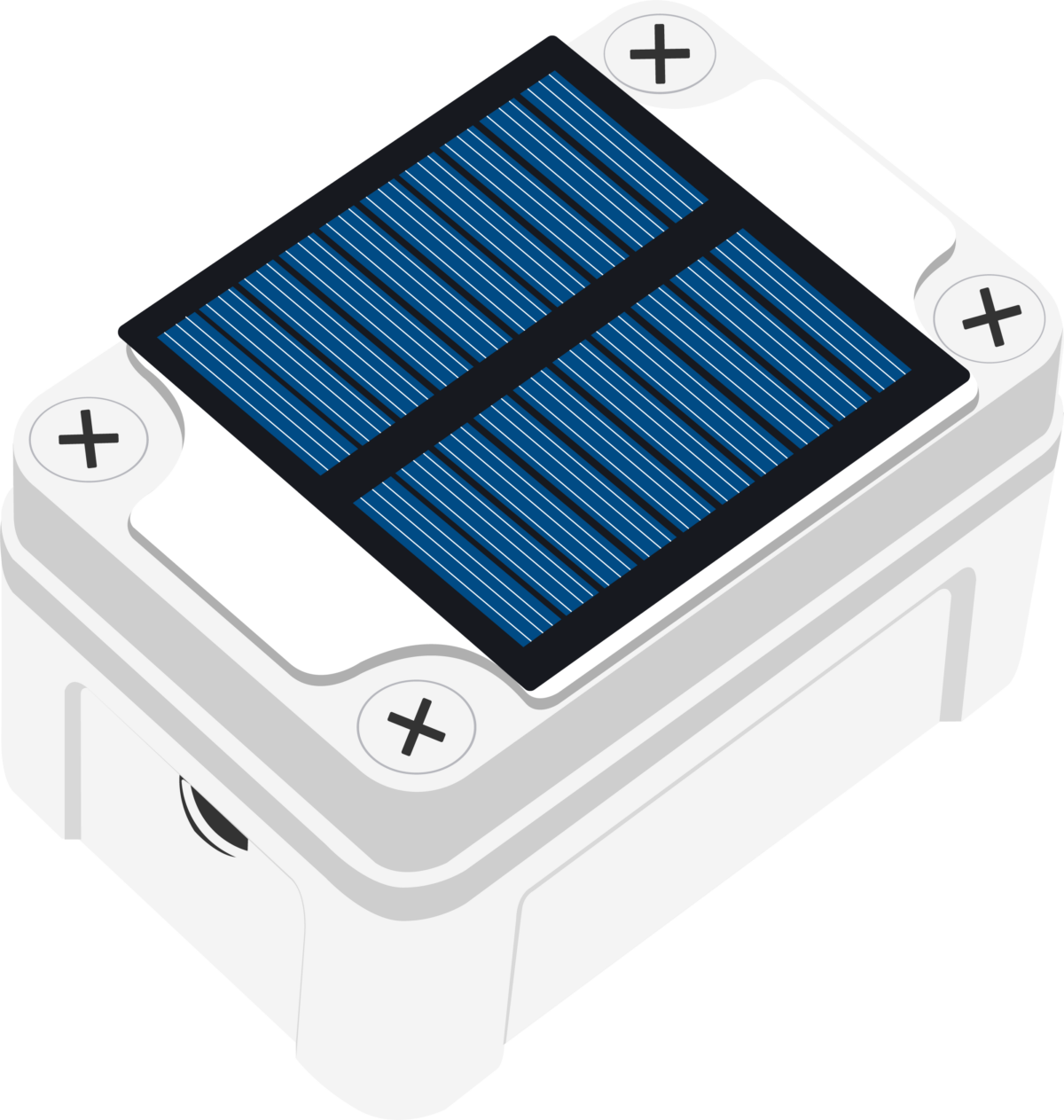 I continued my IoT project over the recent end-of-year/Christmas break period, picking up from where I was 6 months ago.

Since then, a new firmware version had become available for the RAK Wireless RAK10700 GNSS (Global Navigation Satellite System) solar powered device. These devices shipped without battery (due to postal limitations), and came with firmware 1.0.4.

I failed completely last time to get these to associate with my local IoT gateway (rak7246, basically a raspberry PI in a box that bridges LoRaWAN and WiFi).

Since then, a new firmware 1.0.6 has been released.

Documentation for the RAK10700 was OK, until you get to the page that says the latest firmware is version 1.0.1; given this device already shipped with 1.0.4, I dived in deeper; the link to the firmware is https://downloads.rakwireless.com/LoRa/WisBlock/Solutions/LPWAN-Tracker-Latest.zip, and the contents of this zip file, at the time of writing, are three files:

Caveat Elit (developer beware): this appears to be firmware version 1.0.6.

Flashing this was interesting: the device, connected via its USB cable to my laptop, had to be reset into DFU mode, which required double-tapping the reset pin in quick succession (its located next to the USB port). Once done, the device presented as USB storage, and the adafruit-nrfutil tool could update it (check the COM port from Device Manager).

When in DFU mode, the device turned up as a different COM port compared to when it was in its normal mode. It took me two attempts for this to be successful, and then pressing the rest button to have the device return to normal mode.

Next came the interface to AWS IoT Core for LoRaWAN. I’d previously been using the LGT-92 (now not available), but had to abandon these as no amount of protection in waterproof bags had made them durable enough to last the distance of my use case; tracking a small sail boat.

The configuration that eventually worked for me was to define a profile with MAC version 1.0.3, Regional Parameters RP002-1.01, Max EIRP 15, for AU915 frequencies (I am in Australia):

Now with the profile defined, I can add the two Devices in, using the AppKey, DevKey, etc:

With data coming through it was now time to decide the Payload. These devices use a format called CayenneLPP to stuff as much data into as small a payload as possible. One of the first things you’ll want to do is decide the data to check it looks legitimate. Using a small Python script, I can unpack it – after doing a pip install cayennelpp:

By routing the incoming IoT messages to a Lambda function, I can now pick out the PayloadData from the event and see the string being send. Here’s what I am seeing in CloudWatch logs when I just print(event):

While inside, with no satellite lock, that PayloadData translates out to:

Now I have the two sensors, its time to get them outside, with a bit of soldering of the LiPo battery on to the right connector…

This years Sydney to Hobart was a stunning race. Coverage on broadcast TV in Australia started with good coverage by Seven West Media’s 7+ service. The stunning coverage included a view of the four simultaneous start lines for the different classes:

Sadly, the broadcast TV coverage ended just after the start. With 7+ on the sail of one of the boats, I was expecting a bit more coverage.

Luckily the CYC had an intermittent live stream on YouTube, with Peter Shipway (nominative determinism at work there), Gordon Bray and Peter Gee hosting.

The primary website for the race this year was https://www.rolexsydneyhobart.com/, and this year this appeared to be running via AWS CloudFront.

Time for a quick health check, with SSL Labs:

After noting this is CloudFront, I notice that its resolved as IPv4 only. Shame, as IPv6 is just two steps away: tick a box in the CloudFront config, and publish an AAAA record in DNS. Its also interesting that some of the sub-resources being loaded on their page from alternate origins are available over IPv6 (as well as good old IPv4).

Talking of DNS, a quick nslookup shows Route53 in use.

Back to the output, a B. Here’s a few items observed on the SSLLabs report:

It also says that there is no DNS CAA record, a simple way to lock out any other CA provider being duped into mis-issuance of a certificate. A low risk, but a (free) way to prevent this.

Turning to SecurityHeaders.com, we get this:

Unfortunately, looks like no security related headers are sent.

Strict Transport Security (HSTS) is a no-brainer these days. We (as a world) have all gone TLS for online security, and we’re not heading back to unencrypted HTTP.

The service stayed up and responsive: well done to the team who put this together, and good luck with looking through the event and finding improvements (like above) for next year.

“What will become uninsurable is going to be cyber,” he said. “What if someone takes control of vital parts of our infrastructure, the consequences of that?”

In the same article is Lloyds insurance looking for exceptions in Cyber insurance for those attacks that are state based actors, which is a difficult thing to prove with certainty.

All in all, some reasons that Cyber Insurance exists is to cover from a risk perspective the opportunity of spending less on insurance premiums (and having financial recompense to cover operational costs) that having competent processes around software maintenance to code securely to start with, detect threats quickly, and maintain (patch/update) rapidly over time.

The structure of most organisations to have a “support team” who are responsible for an ever growing list of digital solutions, goaled on cost minimisation, and not measured against the amount of maintenance actions per solutions operated.

Its one of the reasons I like the siloed approach of DevOps and Service Teams. Scope is contained to one (or a small number of similar) solution(s). Same tech base, same skill set. With a remit to have observability, metrics and focus on one solution, the team can go deep on full-stack maintenance, focusing on a job well done, rather than a system that is just turned on.

It’s the difference between a grand painter, and a photocopier. Both make images; and for some low-value solutions, perhaps a photocopier is all they are worth investing in from a risk-reward perspective. But for those solutions that are the digital-life-blood of an organisation, the differentiator to competitors, and those that have the biggest end-customer impact, then perhaps they need a more appropriate level of operational investment — as part of the digital solution, not as a separate cost centre that can be seen to be minimised or eradicated.

If Cyber insurance goes end-of-life as a product in the insurance industry, then the war on talent, the focus to find those artisans who can adequately provide that , increases. All companies want the smartest people, as one smarter person may be more cost effective than 3 average engineers.

I had previously posted about AWS Consulting Services Partners and Certifications in July 2022. Its been six months, so I decided to run the numbers again.

What was clear is that much of this growth is at the lower levels but we can also see some growth in the larger buckets of certs, with two exceptions.

The 100-200 category saw a drop in the number of partners in this space, but only by 5 organisations. Similarly, the 200-300 space remained stable at 43 organisations, but I know of several businesses that have migrated from the 200+ to 300+ category. so others have moved into this grouping from the lower levels.

Furthermore, raw data shows that there are 9 organisations who would fit in a 5000+ certification grouping – who combined would have 117,317 AWS certifications.

The largest? 36,098 certifications goes to Accenture, followed by 14,740 at IBM, and Deloitte on 14,605. Deloitte would be #2 if they grouped Deloitte Shanghai and Deloitte Tohmatsu together. Similarly, NTT is in the partner data as 5 separate organisations.