Many organisations are today able to access their email, corporate video conferencing and other services while mobile and without being connected to their company VPN endpoint.

Universal access over the Internet – on IPv4 and IPv6 – working seamlessly wherever you are to these services just works. It’s liberating, and no one is jumping up and down asking about the firewall, VPN.

Key amongst the platforms being used to give this is Microsoft Office 365 and its various platforms.

So why do you still have a corporate VPN? Why does your existing corporate IT services require you to jump through hoops to access it?

Let me be direct: your corporate strategy on security is based around lowest cost, lowest effort. This budget approach also means the least amount of work for the technology staff who operate these services for your organisation.

Office365, Salesforce, and a slew of other universally-just-works over the Internet solutions have something that the bespoke solutions you have in-house do not: funding to operate as such.

The main premise when you make services available over the internet is a commitment to do several things from an operational perspective:

Your organisation probably does not do this. Your company’s IT operations team probably “keep the lights on”, ensuring the currently deployed application is responsive, poking it with a stick to ensure it moved. They probably didn’t uplift to TLS 1.3 in the last 2 years, and they probably haven’t removed TLS 1.1 and below.

And while they collect application logs, any review is probably pretty basic.

Doing so requires time, training, effort, experience and knowledge. Until you have a 24×7 DevOps team able to turn on a dime, a CISO who represents the security risk and operational response to the board, and a few other tell-tale signs, then your organisation is not ready.

All of the above requires a strong vision, strong senior leadership fro the top, and a strong funding model that prioritises the digital security of the company.

A traditional VPN means there is a controlled ingress point (in theory) as a single point to protect. Here you need to have the focus on encryption and authentication, but quite often most organisations just deploy a firmware on a device, install an initial config, and leave a device for years.

So, next time you have to VPN in to the company, ask yourself: why? Why are spending money on expensive bottlenecks that slow you down, instead of mature operations? The value proposition isn’t there. Budget. Focus. Leadership. 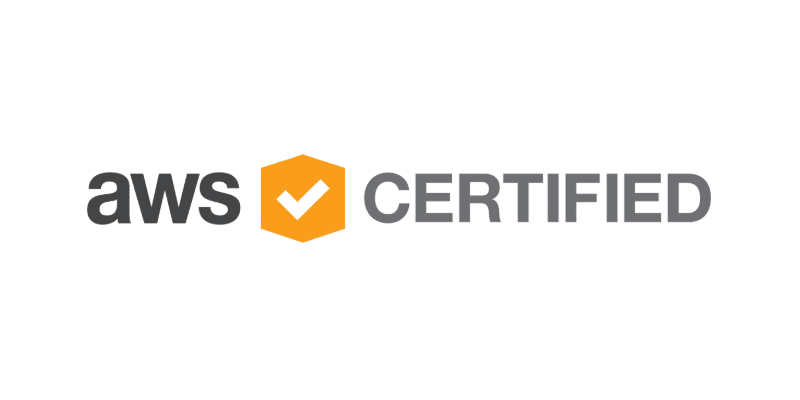 I am always trying to find great talent; it’s part of being a Practice Lead in a large consulting organisation to find and develop talent. I work with a team recruiters who are constantly finding and screening people for the many roles we have.

I’ve been a big proponent of the AWS Certifications for a number of reasons; amongst which are value and confidence to the holder, value to the partner, value to the customer. I helped contribute questions to the AWS Solution Architect Professional certification in 2014 whilst passing through Herndon, Washington DC as an AWS employee, and again in February 2020 in San Francisco as an industry Subject Matter Expert, just before COVID-19 started closing down travel.

Today I took to LinkedIn, and did a search for the various AWS Certifications, and found a tally that looked interesting. These numbers are by no means authoritative, and could just be a reflection of the network of connections that I have.

With such a low number for the Alexa certification, I expect the source numbers is not be complete. Many people in certain industries (eg, intelligence services) will not put their profile online.

But regardless, lets review what we see…

The clear winner is the venerable Solution Architect Associate with the largest number per annum and largest number in total. Its seen as the initial certification in the technical certs, and is regularly reported as one of the most valuable in the industry with respect to salary expectations. Its also the longest cert I have held – being part of the very first cohort to pass this in January 2013.

While the Developer Associate certification is in second place by total number, it is just eclipsed by the number of people who have taken the Cloud Practitioner Foundational certification, on a yearly basis. The Cloud Prac is billed as an entry level, non-technical certification, so its appeal is to an even wider audience – the technical team can obtain it relatively easily, and the non-technical roles involved in total service delivery can achieve this as well.

At the Professional level, it seems the demand for certified Architects outweighs the DevOps Engineers almost 2:1; I suspect this is as a natural progression from that initial SA Associate.

The Data Analytics certification replaced the original Big Data cert last year; this gives us an insight into the change in demand. Over its active lifetime, Big Data drove 16,200 per year – its replacement sites at almost a third the prior demand. Perhaps the data analytics hype is stablising?

The total number of certifications reported above is 903,146; just shy of a million certifications in 7 years (and probably more given the validity of the data) excluding re-certifications (after 3 years, now).

Lets see what this looks like in a year from now. New AWS certifications will likely launch, continuing to help validate and differentiate experienced Cloud engineers.