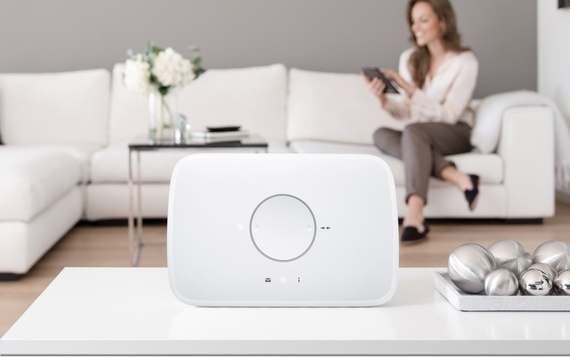 I first used a physical VoIP phone when I was living in London, in 2003. It was made by Grandstream, was corded, and registered to a SIP provider in Australia (Simtex, whom I think on longer exist).

It was rock solid. Family and friends in Australia would call our local Perth telephone number, and we’d pick up the ringing phone in London. Calls were untimed, no B-party charging, and calls could last for hours without fear of the cost.

The flexibility of voice over internet was fantastic. At work, I had hard phones in colo cages and office spaces from San Francisco, to New York, Hamburg and London, avoiding international roaming charges completely.

The move to Siemens Gigaset

Sometime around 2008/2009, I swapped the Grandstream set for a Siemens Gigaset DECT wireless system: a VoIP base station, and a set of cordless handsets that used the familiar and reliable DECT protocol. The charging cradle for handsets only required power, meaning the base station could be conveniently stashed right beside the home router – typically with DSL where the phone line was terminated.

Fast forward to 2022, and I still use the exact, same system, some 13 years later. I’ve added additional handsets. I’ve switched calling providers (twice). Yes, we have mobile phones, but sadly, being 8,140 meters from the Perth CBD is too far for my cell phone carrier (Singtel Optus) to have reliable indoor coverage. Yes, I could switch to Telstra, for 3x the price, and 1/3 the data allowance per month (but at least I’d get working mobile IPv6 then).

Gigaset has changed hands a few times, and while I’ve looked at many competitors over the years, I haven’t found any that have wrapped up the multi-DECT handset, answer phone, VOIP capability as well.

Yes, there are some rubbish features. I do not need my star sign displayed on the phone. Gigaset themselves as a SIP registrar has been unnecessary for me (YMMV).

I’ve started to try and work out what the product succession plan is. Between the base station and handsets, there is a compatibility matrix, and Gigaset have produced a web page where you can chose which model to check against.

What they haven’t done (that I have found) is make it clear which model is newer, and which models are superseded. Indeed, just discovering some of the models of base station in the domestic consumer range is difficult.

Can I easily compare base station capabilities/differneces without comparing the handsets – no!

I am looking for a base station that now supports IPv6, and possibly three simultaneous calls (two is good, but three would be better).

I keep returning to gigaset.com to hope they have improved the way they present their product line up, but alas, after 5 years or looking, it’s not got any better. It’s a great product, fantastic engineering, let down by confusing messaging and sales. At least put the release year in the tech spec so we can deduce what is older and what is newer, for both handsets and base station.

I feel that if Gigaset made their procurement of base station and handsets clearer they’d sell far more.